sundeepkullu.weebly.com
Simply add your CANDID shots from your Photostream or albums.No need to upload separately.

If you on Facebook join our partner group
ART OF PHOTOGRAPHY & WORLD THROUGH THE EYES OF SERIOUS PHOTOGRAPHERS AROUND THE WORLD on Facebook
www.facebook.com/?ref=logo#!/group.php?gid=11194284215027...

If you on Orkut join our partner group
ART OF PHOTOGRAPHY on Orkut
www.orkut.com/Main#Community?cmm=100955422

FocusThe adjustment to place the sharpest focus where it is desired on the subject.

ApertureAdjustment of the lens opening, measured as f-number, which controls the amount of light passing through the lens. Aperture also has an effect on depth of field and diffraction – the higher the f-number, the smaller the opening, the less light, the greater the depth of field, and the more the diffraction blur. The focal length divided by the f-number gives the effective aperture diameter.

White balanceOn digital cameras, electronic compensation for the color temperature associated with a given set of lighting conditions, ensuring that white light is registered as such on the imaging chip and therefore that the colors in the frame will appear natural. On mechanical, film-based cameras, this function is served by the operator's choice of film stock or with color correction filters. In addition to using white balance to register natural coloration of the image, photographers may employ white balance to aesthetic end, for example white balancing to a blue object in order to obtain a warm color temperature.

MeteringMeasurement of exposure so that highlights and shadows are exposed according to the photographer's wishes. Many modern cameras meter and set exposure automatically. Before automatic exposure, correct exposure was accomplished with the use of a separate light metering device or by the photographer's knowledge and experience of gauging correct settings. To translate the amount of light into a usable aperture and shutter speed, the meter needs to adjust for the sensitivity of the film or sensor to light. This is done by setting the "film speed" or ISO sensitivity into the meter.

ISO speedTraditionally used to "tell the camera" the film speed of the selected film on film cameras, ISO speeds are employed on modern digital cameras as an indication of the system's gain from light to numerical output and to control the automatic exposure system. The higher the ISO number the greater the film sensitivity to light, whereas with a lower ISO number, the film is less sensitive to light. A correct combination of ISO speed, aperture, and shutter speed leads to an image that is neither too dark nor too light, hence it is 'correctly exposed,' indicated by a centered meter.

Autofocus pointOn some cameras, the selection of a point in the imaging frame upon which the auto-focus system will attempt to focus. Many Single-lens reflex cameras (SLR) feature multiple auto-focus points in the viewfinder.


Many other elements of the imaging device itself may have a pronounced effect on the quality and/or aesthetic effect of a given photograph; among them are:
Focal length and type of lens (telephoto or "long" lens, macro, wide angle, fisheye, or zoom)
Filters placed between the subject and the light recording material, either in front of or behind the lens
Inherent sensitivity of the medium to light intensity and color/wavelengths.
The nature of the light recording material, for example its resolution as measured in pixels or grains of silver halide.
[edit]Exposure and rendering
Camera controls are inter-related. The total amount of light reaching the film plane (the "exposure") changes with the duration of exposure, aperture of the lens, and on the effective focal length of the lens (which in variable focal length lenses, can force a change in aperture as the lens is zoomed). Changing any of these controls can alter the exposure. Many cameras may be set to adjust most or all of these controls automatically. This automatic functionality is useful for occasional photographers in many situations.
The duration of an exposure is referred to as shutter speed, often even in cameras that don't have a physical shutter, and is typically measured in fractions of a second. Aperture is expressed by an f-number or f-stop (derived from focal ratio), which is proportional to the ratio of the focal length to the diameter of the aperture. If the f-number is decreased by a factor of , the aperture diameter is increased by the same factor, and its area is increased by a factor of 2. The f-stops that might be found on a typical lens include 2.8, 4, 5.6, 8, 11, 16, 22, 32, where going up "one stop" (using lower f-stop numbers) doubles the amount of light reaching the film, and stopping down one stop halves the amount of light.
Exposures can be achieved through various combinations of shutter speed and aperture. For example, f/8 at 8 ms (1/125th of a second) and f/5.6 at 4 ms (1/250th of a second) yield the same amount of light. The chosen combination has an impact on the final result. The aperture and focal length of the lens determine the depth of field, which refers to the range of distances from the lens that will be in focus. A longer lens or a wider aperture will result in "shallow" depth of field (i.e. only a small plane of the image will be in sharp focus). This is often useful for isolating subjects from backgrounds as in individual portraits or macro photography. Conversely, a shorter lens, or a smaller aperture, will result in more of the image being in focus. This is generally more desirable when photographing landscapes or groups of people. With very small apertures, such as pinholes, a wide range of distance can be brought into focus, but sharpness is severely degraded by diffraction with such small apertures. Generally, the highest degree of "sharpness" is achieved at an aperture near the middle of a lens's range (for example, f/8 for a lens with available apertures of f/2.8 to f/16). However, as lens technology improves, lenses are becoming capable of making increasingly sharp images at wider apertures.
Image capture is only part of the image forming process. Regardless of material, some process must be employed to render the latent image captured by the camera into a viewable image. With slide film, the developed film is just mounted for projection. Print film requires the developed film negative to be printed onto photographic paper or transparency. Digital images may be uploaded to an image server (e.g., a photo-sharing web site), viewed on a television, or transferred to a computer or digital photo frame.


A photographer using a tripod for greater stability during long exposure
Prior to the rendering of a viewable image, modifications can be made using several controls. Many of these controls are similar to controls during image capture, while some are exclusive to the rendering process. Most printing controls have equivalent digital concepts, but some create different effects. For example, dodging and burning controls are different between digital and film processes. Other printing modifications include:
Chemicals and process used during film development
Duration of print exposure – equivalent to shutter speed
Printing aperture – equivalent to aperture, but has no effect on depth of field
Contrast – changing the visual properties of objects in an image to make them distinguishable from other objects and the background
Dodging – reduces exposure of certain print areas, resulting in lighter areas
Burning in – increases exposure of certain areas, resulting in darker areas
Paper texture – glossy, matte, etc
Paper type – resin-coated (RC) or fiber-based (FB)
Paper size
Toners – used to add warm or cold tones to black and white prints


Guys to add your pictures to this community click on ADD PHOTOS...you dont need to upload pics again and again if you have allrady loaded pictures to your orkut or facebook...u can choose which pictures to display..and they will show in group pictures in fraction of seconds...Enjoy sharing your experiences around the world..Cheers!!!

This is group to give you opportunity to showcase the world from your eyes. 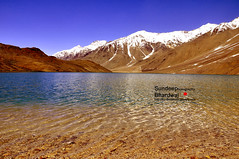