orayzio 11:02pm, 22 October 2006
I just got back from Europe and I've created a set of photos from the old Jewish cemetery in Prague. 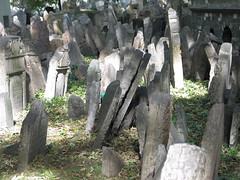 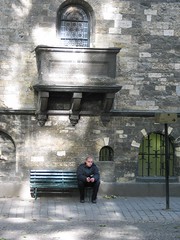 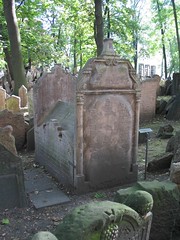 Let me know if there are any particular photos that I should add to this group.
Catrlona 15 years ago
These are wonderful. Do you know the time period of the stones?
CMcG
CowFace 15 years ago
This brings back memories.

I studied in Prague for a semester about 5 yrs ago and fell in love with the city and country.
neilfein 15 years ago
These are my faves not posted so far:

The Old Jewish Cemetery in Josefov, the Jewish Quarter, was created in the 15th century when Jews were forbidden to bury their dead outside their own district. Space was scarce, so bodies were buried on top of each other in an estimated 12 layers. Over the centuries, lopsided tombstones formed unruly, poetic groupings.

The surrealist author Franz Kafka enjoyed moments of quiet reflection in the old cemetery. However, his own grave lies across town in the New Jewish Cemetery. That burial ground is half empty because the generation it was built for was transported to Nazi death camps. 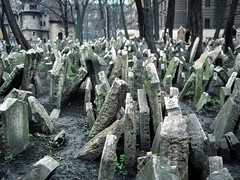 Dani Batz 15 years ago
Indeed a lovey cemetery! And it's not supposed to change much because it should stay like this untill the end of time (when the dead shall rise).