admin
OxfordPhotographers 1:34pm, 31 May 2021
After some deliberation for the letter ‘V’ I’ve chosen to keep it open and allow anything beginning with the letter ‘V’……. I’m happy for people to interpret this as widely as they want but if it’s not obvious then please add an explanatory note.

New subjects are announced weekly so expect 'W' to be posted on June 6th. We should have made our way through the whole alphabet by the end of June and then may, fingers –crossed, be in a position to hold a socially distanced photowalk.

There's more info about the A-Z as well as instructions on how to post images if you need it in the main A-Z thread: www.flickr.com/groups/oxford-uk/discuss/72157717701843953/ and you can see the Gallery of over 300 images submitted so far here: www.flickr.com/photos/oxfordphotographers/galleries/72157...

Looking forward to seeing your photos.

P.S : If anyone has any suggestions for X, Y & Z themes then they would be greatly appreciated…… Either send me a flickrmail or put your suggestions in the main A-Z thread : www.flickr.com/groups/oxford-uk/discuss/72157717701843953/
admin
OxfordPhotographers Posted 2 months ago. Edited by OxfordPhotographers (admin) 2 months ago
I'll start us off with the Admin selection which might hopefully inspire a few people......

A photo of the Varsity Shop in Winter by Stuart Yeates : 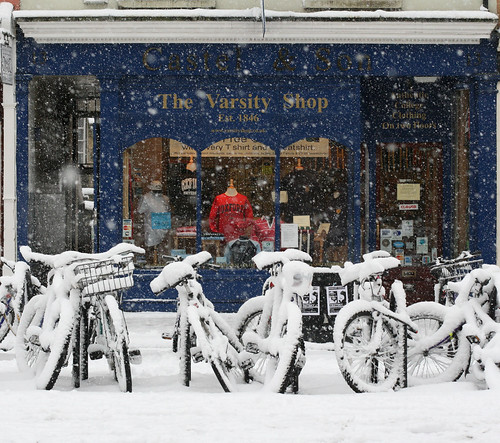 Seemingly in the UK, Varsity relates to anything to do with the University, whereas in the US it is more specifically related to 'top flight' University or College sport. On that basis let's say all University sport is included......
James Lyon's rowing photo almost makes me see what's so great about getting up at 5am every morning...... 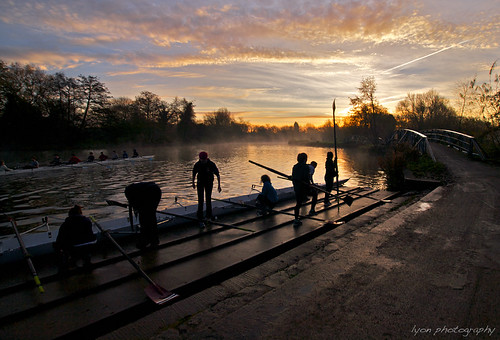 'The Keeper' by Reckless Times also stood out amongst all the University sports shots in the group pool. This is apparently a game between Oxford University and Oxford Brookes, but he doesn't say who won.

Duncan_Taylor 2 months ago
This is quite the challenge. I am pretty stumped but then thought of volumes.

admin
FlickrDelusions 2 months ago
First up the Varsity Lacrosse match, and Oxford were the Victors over Cambridge 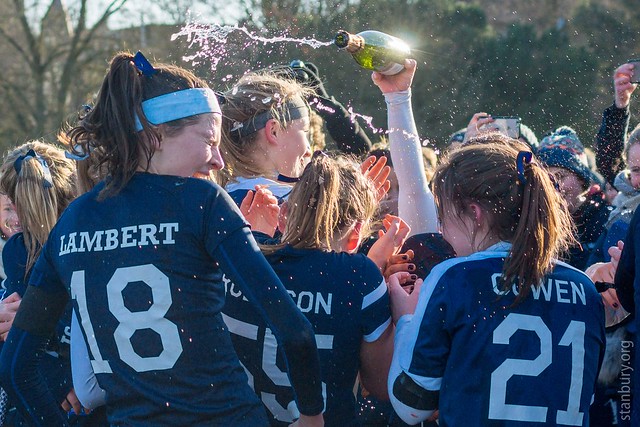 Worcester College chapel is a fine example of Victorian architecture 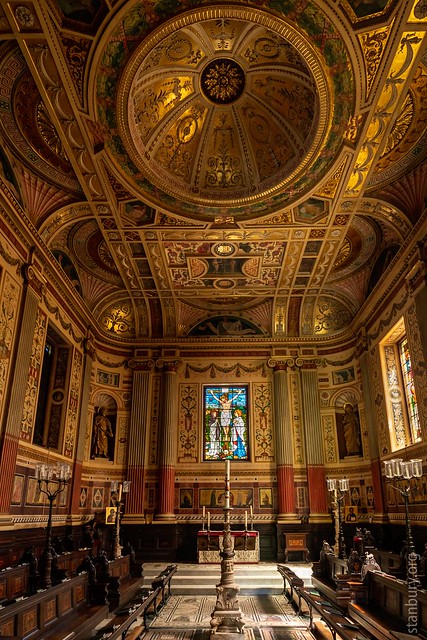 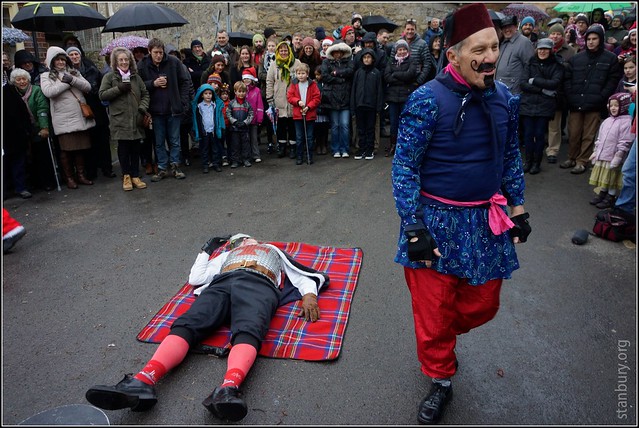 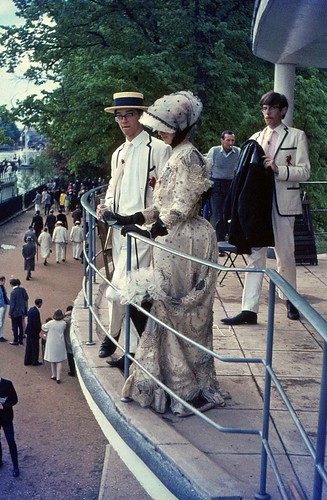 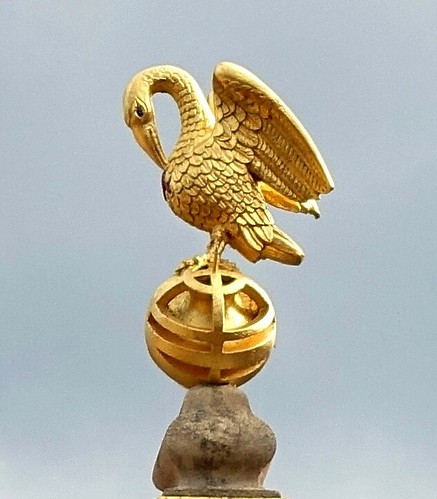 Vermiculation. On the Danby Gateway to the Botanic Garden. This refers to the heavy decoration of the stonework where there are bands of vermiculated rustication alternating with plain dressed stone. From the Latin for worm, or little worm, the decoration resembles worm tracks, clearly seen here. 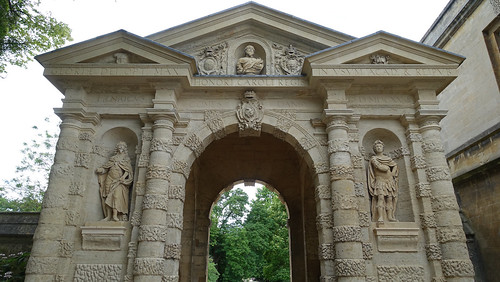 Vaulting. The fan-vaulted archway at St John's College between the Canterbury Quadrangle and the Gardens. There is another "V" in this photo and that is "voussoir", any one of the wedge-shaped blocks in the arch at the bottom of the photo. 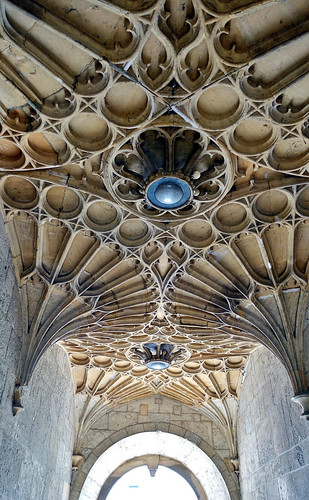 jddorren08: Thanks for the ideas.....
admin
Darrell Godliman 2 months ago
A couple more examples of fine vaulting in Oxford, firstly from the Bodleian's Divinity School and then Christchurch College : 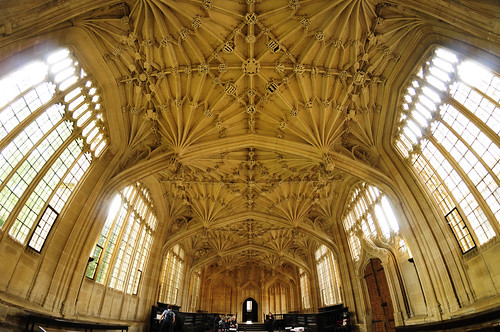 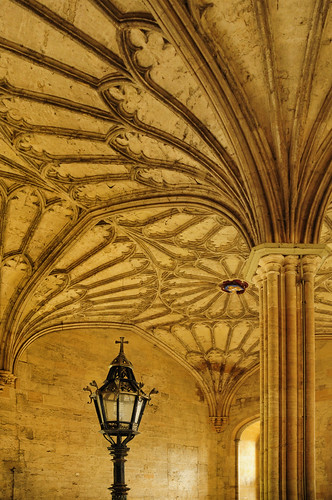 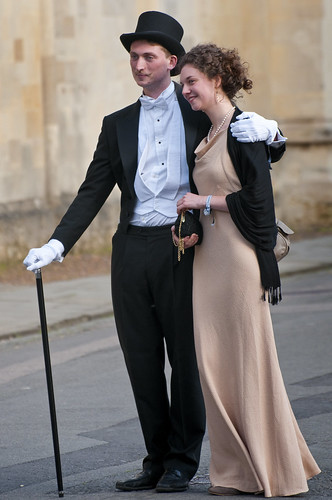 jddorren08 Posted 2 months ago. Edited by jddorren08 (member) 2 months ago
Another "V" is "voussoir" also in my photo of the St John's vaulting and of course in The Bridge of Sighs. A wedge-shaped block in an arch. 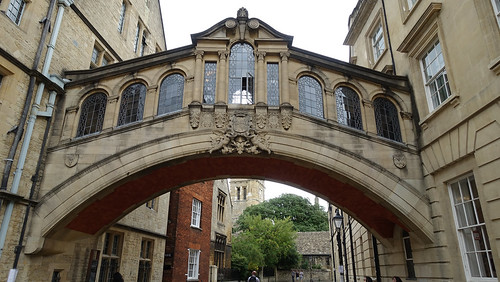 Duncan_Taylor 2 months ago
V has turned out to be surprisingly interesting! Here is a strip of vellum - ie animal skin which was used for writing upon before paper came along. Vellum manuscripts were often repurposed (especially during the Reformation when many were ordered destroyed). In this instance the original manuscript has been used for binding a later book. This is from Trinity College library

Duncan_Taylor 2 months ago
and here is a detail from the Divinity School ceiling of St Veronica. She is holding up her 'napkin' which she used to wipe the face of Christ on his way to his crucifixion. It miraculously retained the impression of his face. She is associated with the truth (as it is the true likeness of Christ) and was the patron saint of laundry workers and more importantly of photographers (who knew!). 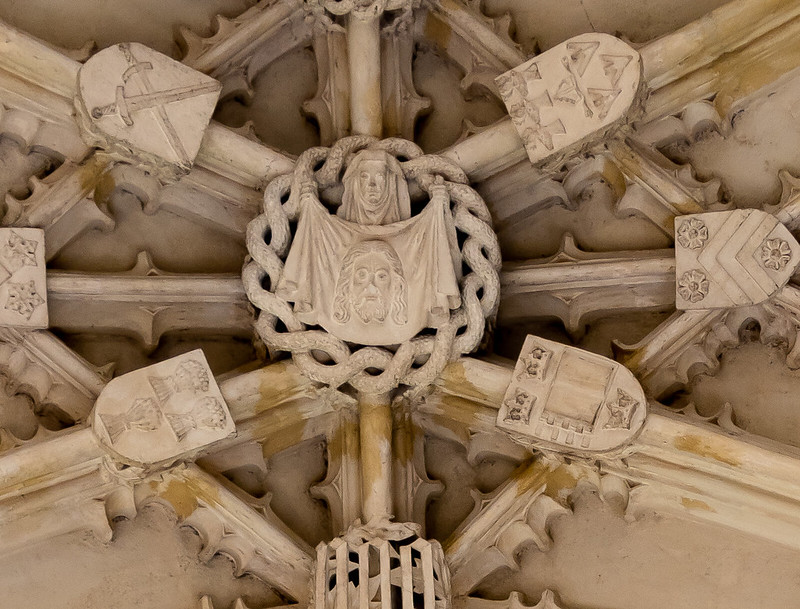 Yior Kala 2 months ago
V for Victory, when a rowing crew bumps other boats on every race during Torpids. This was the case for St Edmund Hall's W2 crew, who will be awarded "blades" for their achievement. Summer Torpids 2021, the first rowing tournament in Oxford after ages. 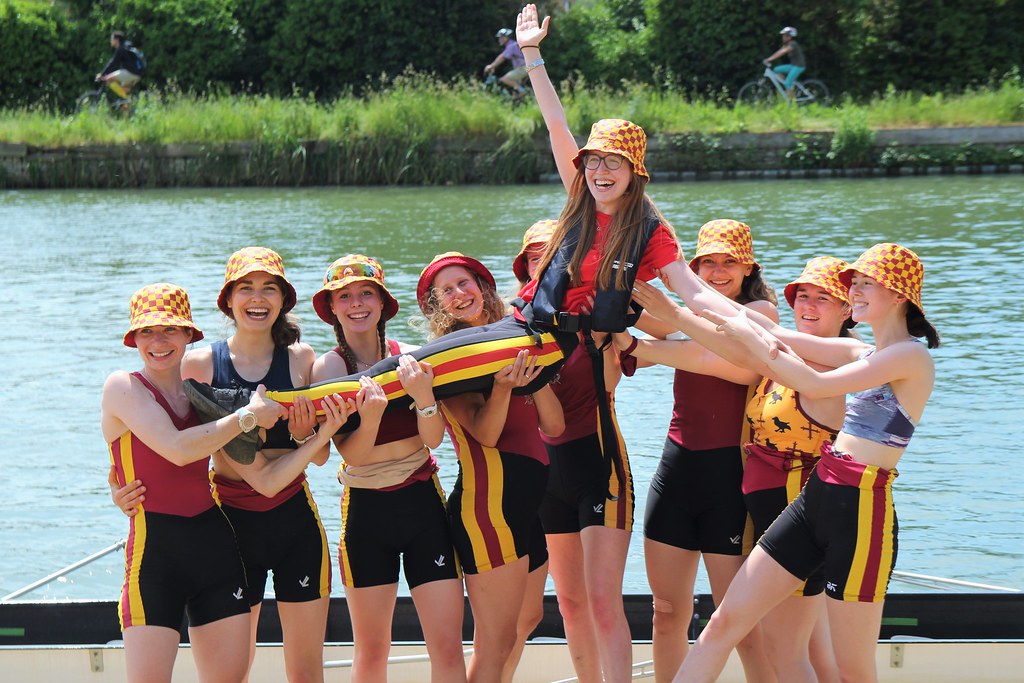