On this page: licensing and attribution; about me and my photography, drawing, and painting; my thoughts on thoughts on spam, awards, and forced commenting; and finally links to my sites and Flickr groups.

See my complete art and photo gallery at WillMurrayMedia.com.

I generally reserve all rights on photos of people, but for the rest of my photos, the provided low-resolution versions usually are released under a Creative Commons Attribution-ShareAlike 4.0 International (CC-BY-SA-4.0) License. Permissions beyond the scope of this license may be available at WillMurrayMedia.com/licenses. Higher-resolution images, along with images not freely licensed, may be available on a commercial basis by contacting me directly.

This is an ideal attribution for any of my work:

“Title of work” by Will Murray (Willscrlt) is licensed under CC BY-SA 4.0.

• You included the actual title of my work as I’ve listed it.

• You indicated I am the creator with both Willscrlt and my full name, Will Murray.

• You linked my name to my Gallery at willmurraymedia.com/

• You linked the title to either the original source on Flickr or at my Gallery site.

If space it at a premium, something like this is an acceptable attribution:

• You identified me as the creator using my username (Willscrlt)

• You linked the word “Photo” to the original source on Flickr or my Gallery.

• The title is optional (but preferred) under the CC BY-SA 4.0 license, so you opted to leave it out.

Other best practices for correctly attributing CC-licensed material are available.

MY WORK HAS VALUE!

I’ve been tinkering with computers, both professionally and for fun, since the 1980s—long before digital photography was an everyday thing. I suppose the first camera I used fairly regularly was an old-fashioned Polaroid with the distinctive "kchuck-zschhhh" sound. There was something so magical about seeing scenes of life gradually appearing in the gray windows of film.

My first camera was a little automatic Canon 35mm. I mostly took slides, because that's what everyone in my family took. Of course now I'd love to have all those pictures as prints to more easily scan them and convert them to digital images. My scanner scans slides, but it's rather a pain and takes a lot of time.

My next camera was originally my grandfather's. It's a Mirantz, and I still have it. It’s an automatic, but with many more professional features. The main reason it now sits on a shelf unused is because of the hassle and cost of buying and developing film.

Next was a Sony Mavica digital camera. The resolution was less than 1 megapixel, but it was still a huge step forward in the convenience factor. Instead of saving to memory cards, it used 3.5" floppy disks, which were still common when the camera came out. Some of my Flickr photos were taken with that camera.

The next two cameras were also Sony—a DSC-P150 and in 2007 a DSC-S650. My dad and I shared those cameras until I dropped one and it broke. I replaced it with a 12 MP Olympus, which I still have and occasionally use for tripod shots.

My first smart phone was an HTC from Verizon with a very poor camera. I have a few pictures posted that I took with it, but mostly gave up on that feature after that. Next was a Motorola Droid 2, and it provided some decent pictures. As of 2013 and into 2014, my primary camera has become my Galaxy SIII. With 8 MP, large display, and nifty in-camera features (like panoramas and digital video), I find it very convenient and easily portable.

In Fall 2014, I plan on taking Photography 300 (Basic Art Photography) at my college, a prerequisite for majoring in Design. I imagine that I will be taking a lot more photographs (all black and white, unfortunately), and I will probably learn what ASA, F-stop, and all those other camera terms and features are for.

In the summer of 2013, I started taking a series of drawing courses as a perquisite for majoring in Design. I enjoy working in graphite, acrylics, colored pencil, and ink. I also draw a bit with charcoal, conté crayon, and other drawing media. I also use Adobe Illustrator and Photoshop, Corel Painter, and some open source tools to draw on my computer.

So far, my work has been well received. One drawing was requested for display at a college art show at a local restaurant/gallery, two were shown in the 2013 Sharada college art show and judged competition at another gallery, and a fourth image was selected for display in the Art Department’s display niche on campus. These are not big successes, but they, along with positive feedback and constructive criticism found here, provide me with the inspiration to keep drawing and painting.

I am single and in my mid–40s. I live in Sacramento, California, USA, which is the state capital. I grew up and lived much of my life on the Central Coast (Arroyo Grande and San Luis Obispo), and I remain connected there through my friends. In 2012, I lost my father to a stroke following surgery. I almost lost my mother to cancer, but after a year and a half of surgery and treatments, she’s in remission and, hopefully, cured. We share an apartment and will continue to do so for the foreseeable future.

I graduated from Cuesta College with an Associate’s Degree, and I worked for about 20 years in various Information Technology (IT) and network engineering jobs. At the end of 2011, I was laid off, so I decided to return to college and change my focus from networking and hardware to programming software. I also followed my latent interest in the visual arts, and I started taking art classes in summer of 2013. Shortly, I will complete a second A.S. degree, this time in computer programming. Then, I want to transfer to a university with an excellent design or visual communications program and major in it, probably with a minor in computer science. The specifics are still a little fuzzy, but I know the types of work I want to end up doing, and I just need to match up the courses that will get me there.

When schoolwork doesn’t have me inundated, I like to relax on my computer, watch movies with my mom, do some art or photography, sightsee in the local area, volunteer for a non-profit, read books, or maybe just sleep in. These past few years have been a wake-up call to get healthier. That means much more cooking and eating at home so I can watch what we eat, and also getting to the gym regularly.

So much of this is not the life I would have picked or expected, but I’m generally happy, find time to do things I enjoy, and otherwise keep myself entertained. I’m making healthy progress toward my goals, even though life has tried repeatedly to derail me. What more can I really ask for than that?

To learn much more about me, why not visit my home page at WillMurray.name or view my complete Gallery and Journal atWillMurrayMedia.com. 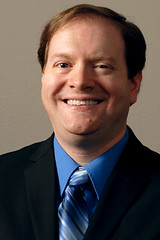 I appreciate invitations to add my work to various group photo pools. Like most people, I appreciate original comments, awards, and pretty much any other indication that people appreciate my work.

On the other hand, I really dislike multiple copies of the same award or invitation, especially when it is mandated by group policy (post 1 + comment 5 or some such nonsense). As a result, I may delete such extraneous comments, because I consider them to be comment spam (the group is spamming my images). Consider this fair warning, because some groups may retaliate against their users if I delete such comment spam, thinking that the users did not meet their posting requirements.

Likewise, if my work is invited into a group pool, I do not feel obligated to leave comments for other people. That's not to say I won't, but if I do, it will be because I really like an image, not out of obligation to a group policy that promotes spamming. If the group subsequently deletes my work because I did not meet some random requirement, I do not care. Then again, I probably will not waste my time improving their pool with my work in the future. Remember, you asked me to share an image—that’s what I did, and that should be enough.

When it comes to invitations and comments, my own groups come first. I'm generally unlikely to invite a photo to more than one group, because I would feel like I am spamming. Sometimes, if a photo really seems to fit into multiple groups or deserves a particular award, I will do so. Any comments I leave are solely because I wanted to leave the comment, so my comments are meaningful, not robotic.

In summary, I refuse on principle to post comments, invitations, awards and the like on people’s work unless I feel the work deserves it. No rule requiring me to do will change my mind. Lots of groups work great without such rules, so if you kick me out, I will not be terribly offended. Likewise, please do not be offended if I delete comment “spam” in the form of duplicate awards and invitations. More than one of any such thing is redundant, and it clutters things up, and only for the benefit of the group owners.

Other Places to Find Me

Here are some links to other Web sites and pages of mine or about me.

I am a member of a lot of groups, but not a very active one. Sorry about that. I use the groups for inspiration and ideas, plus it’s a lot of fun to look at all the great images. There are a few groups that I created, and they cover some themes I particularly enjoy: happy, vivid colors; people and diverse cultures; and food and celebrations.

I founded and am an administrator of the following groups. Each group is public and open to all. Please join and submit images to any group you find interesting!

Join • This group is full of bright, colorful, and interesting photos from around the world with a wide variety of subjects and colors.

Join • Photos added to this group all express love in one form or another, from friends to family, young sweethearts to seniors, to buddies and pets.

Join • Themes change regularly. Photos focus on special events, holidays, and feasts, and you may only add photos around the time of the events.

Join • "Colorful characters" are the emphasis here. People who are interesting to look at and wonder about their life story. Photos should be colorful and generally cheerful. • Cultural nudes permitted (see rules)

I am a moderator of the following group.

Join • This group is for celebrating the special foods that go with special days.

All of my groups are family-friendly and work-safe. The co-administrator of my groups oversees many other groups, though several of them are adult-rated.

Have something nice to say about Willscrlt? Write a testimonial