Mail Art, creative exploration are more my passion than photography, that has lost some of its meaning in the digital age.

Currently deep in an existential funk due to my belief that this current civilization is in a long freefall into total collapse. Dreams of Obama as a shining knight to the rescue... gossamer and all too late.

Breathing, trying to find peace. Until the end.

[Disclaimer: Since it has come up a few times...Yes I work for the BNSF railway (or as I think of it these days, "Uncle Warren's toy train set." [update 2018... I retired from the BNSF in 2014 and little contact and minimal loyalty to my former employer]

My interest in graffiti and street art is entirely personal, with no motive to collect identifying information on the writers of graff. I love being able to take a few breaks during a day and watch the paint roll by. 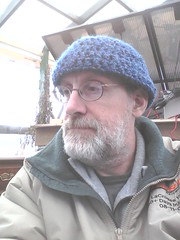 Most faved
View all

Have something nice to say about feck_aRt_post? Write a testimonial